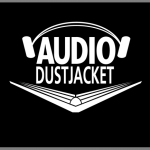 MICHELE SFAKIANOS is a Registered Nurse, Life Skills Expert,Speaker and Author. In 1982, she received her AS Degree in Business Data Processing/Computer Programming. In 1993, she received her Associate in Science degree in Nursing from St. Petersburg Junior College, graduating with Honors.

In 1999, Michele received her Bachelor of Science degree in Nursingfrom Florida International University, graduating with High Honors. Michele has been previously published in both PoetryBooks and a Nursing Journal. Michele is also the owner of Open Pages Publishing, LLC offering quality self-publishing. Her first book “Useful Information for Everyday Living” was published October 2010 and was later changed to “The 4-1-1 on Life Skills” then released June 2011. Her next book, “The 4-1-1 on Step Parenting” was released October 2011. Michele’s latest book, “The 4-1-1 on Surviving Teenhood” was published October 2012. She is well respected in her areas of expertise. Her years of experience as a Registered Nurse, Mother and Life Skills Expert have given her the knowledge and wisdom to write her books.

Former actress and theater director Christina Hamlett is an award-winning author, media relations expert, professional ghostwriter, and script consultant for the film industry (which means that she stops lots of really bad movies from coming to theaters near you). Her credits to date include 30 books, 150 stage plays, 5 optioned feature films, and hundreds of articles and interviews that appear in trade publications throughout the world.

Her latest release is Media Magnetism: How to Attract the Favorably Publicity You Want and Deserve. Available on Amazon in paperback and on Kindle, this is a must-have book for small business owners, authors, artists, entrepreneurs and nonprofits that want to learn how to maximize media opportunities on a minimalist budget. Along with two dozen media industry colleagues who contributed chapter content, Christina provides insider tips and advice on how to make influential connections, become sound-bite savvy, endear yourself to reporters, survive awkward moments, and use social media wisely.

Teresa Joyce was born on the 15th December 1958 the middle child of three. After losing her father at a very young age; this was to set the pattern for the rest of her life. Losing was something she would have to get used to. Today she still has some memory of her father, but in truth it’s all a little hazy. Her mother through no fault of her own after that loss had no other alternative, other than to return to her parent’s home with her children in tow. This family unit was to spend only a few years there, until the wind of change came around once more. Happy memories are something that Teresa holds in very short supply. Her mother was set to meet the man that was to become her stepfather, and they moved once more to a new city with the promise of a new life. Hopefully it would be a happy one for all concerned, but it became a place for Teresa that felt far more like a prison. One in which she would spend many years months days and hours hating. She swore to herself that she would leave all this behind at the first possible occasion.

The subject of my book covers more than one issue; it’s a true story that ranges over a period of many years. It covers the first married years of my mother’s life, and the abuse she received from my now deceased father. The hardship she found within her life in so many ways, no one should have ever had to go through, but sadly it just seemed to follow her around. Some years later she remarried, but unfortunately this union would tear her once more into tiny pieces.

Kendall Fickin/Rise & Grind: Get To Your Next Level Now

We all know the importance of taking care of business. Well, when it comes to family and the community; Mr. Kendall Ficklin has raised the bar and expectations. From the long days on road, to the dedicated time that he spends with his family, there’s a reason for his much acclaimed success.

Mr. Ficklin is the father of eight beautiful children and a lovely wife of course. In his spare time, between hustling and starting new businesses, Kendall has always had a passion to be a man and make men; with that passion he started a non-profit organization called menXchange where he mentors young males and coaches men and women. His desire to share his story with others has motivated hundreds of young men and woman in the community to reach their Next Level.

Kendall has found his niche as a motivator, educator, and change agent for men and woman of all ages. Through his writings of articles for online magazines such as: MyBrotha.com, Faithwriters.com, His Influence, Bayiah Magazine, and the Motivational Memo as well as his blog www.kendallficklin.com, Kendall continues to inspire others. Kendall has also made appearances on the radio show theloveexperience on WIGO AM 1570 as well as Atlanta Live Channel 57.

Kendall currently resides in Atlanta, Georgia, where he successfully juggles his roles as husband, father, mentor, coach, author, student, and entrepreneur. As he leads by example, Kendall is currently working towards his Bachelor of Science in Small Business Management and Entrepreneurship.

This is about going from ordinary to extraordinary; motivating, educating and inspiring you to produce the change necessary to reach your AMAZING. Whether it’s in your business, career, relationship or your personal growth as a man or a woman – “Rise & Grind” will help you reach it.

Rise – Wake up everyday with a sense of purpose!  Going from ordinary to extraordinary in mind, body and soul. Elevate your thinking, elevate your game.

Grind – Go after that purpose with a sense of urgency, everyday, there is no time for rest you have already wasted enough time, you can chill in heaven. Stop wasting so much time on everything else and spend your “Grind Time” on YOU!